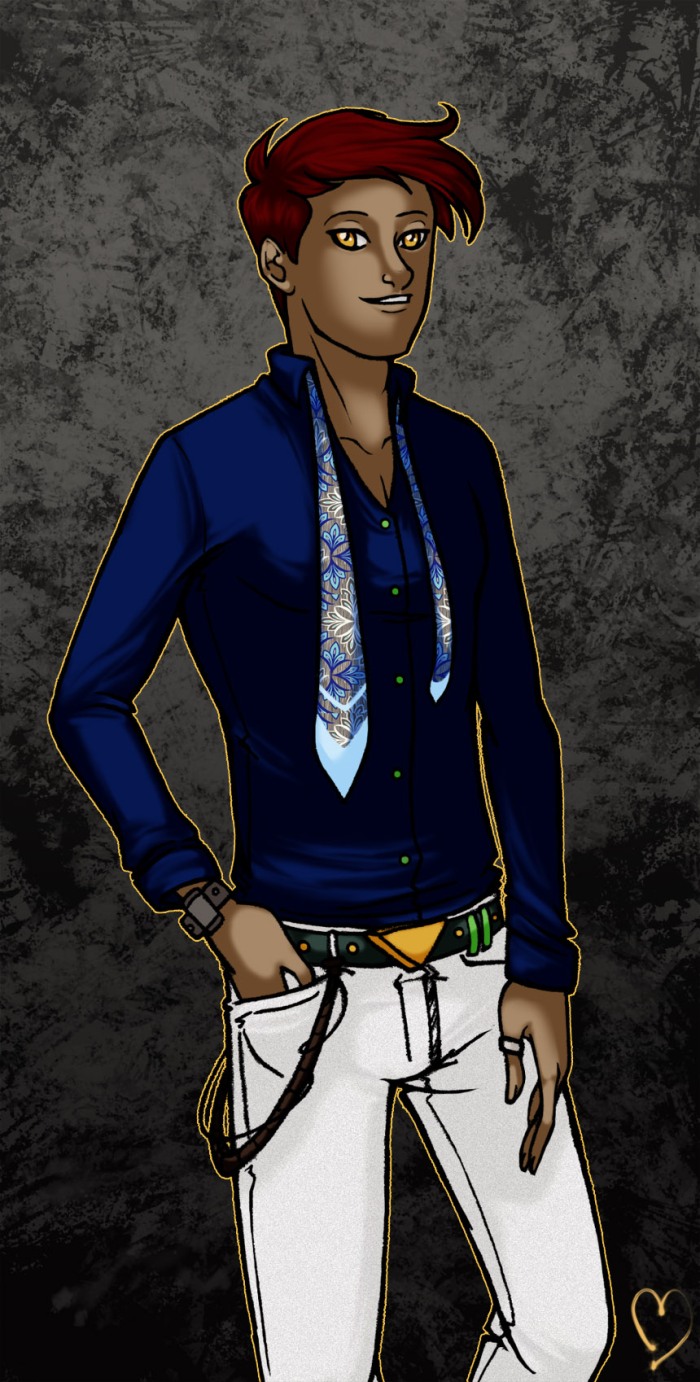 Even though there is another person in the comic that looks exactly like him Erol is considered the ‘pretty’ twin where as Hunter is cuter. There’s a difference, believe me. I realized his tie is the same pattern as Emil in the suit and tie series of drawings but the tips are different and Erol makes it look so much cooler doesn’t he?

Erol Breland belongs to me