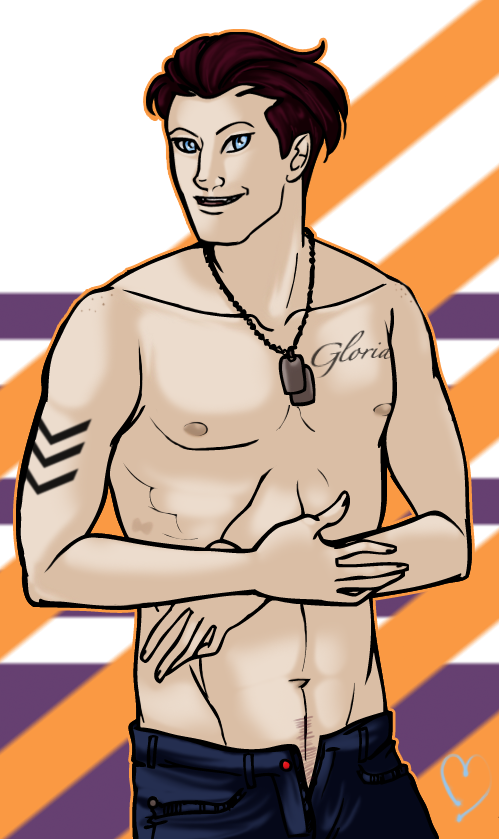 But what do you care – it’s Dominic! Dominic without a shirt on. Now for a little history: Dominic was actually forced into working for the Agency. After they got Emil they snatched up Dominic to use him against Emil, so he’d do what they wanted. After a brief imprisonment Dominic was given the choice to join the ranks and he chose the military branch of the organization where he made it all the way to Sergeant before opting to take a job on the Agency Police Enforcement – yes the agency has it’s own police force. Anyway when Emil defected Dominic had to stay behind so it wouldn’t raise suspicion which is what he’s doing now. He intercepts a lot of arrest and investigation orders put out on I.T. When he’s not too busy being perfect he likes to read trashy romance novels (like the ones found in grocery stores with the red covers)