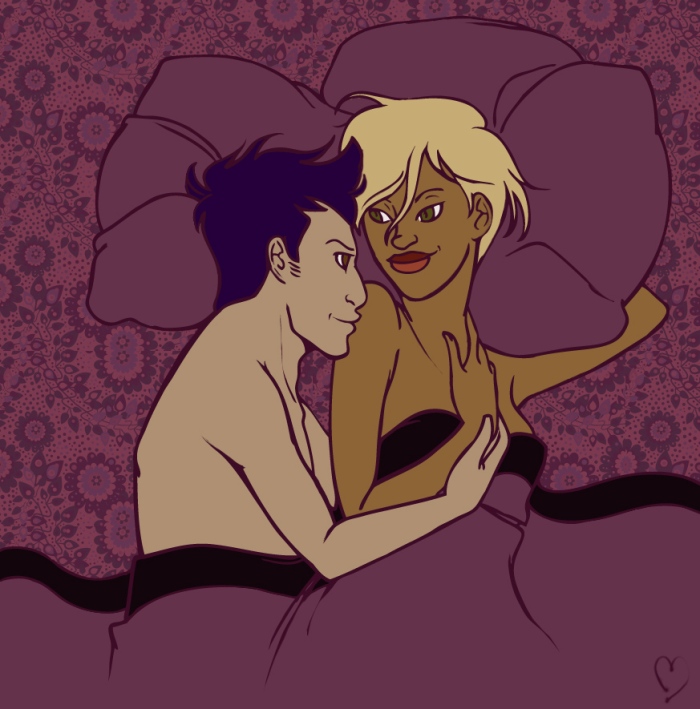 After drawing Darkly so mean I had to lighten my mood. What better way to do that than to draw him with Sonya. Ironically, ‘Loving You’ is another song off of Michael Jackson’s Xscape album.

Unfortunately my computer showed it’s age and had a major bitch fit while I was coloring this. After I got it running again I realized it lost a huge chunk of the shading that I was doing to this. I had been DONE with their shading and it was so beautiful and perfect and when I started shading the sheets the computer crapped out. Not only that but the driver on my tablet uninstalled during the reboot and after a small tantrum I decided I had lost too much to go back and try again so I went in a different direction with this. I’m starting to like how the lines look when they’re a different color