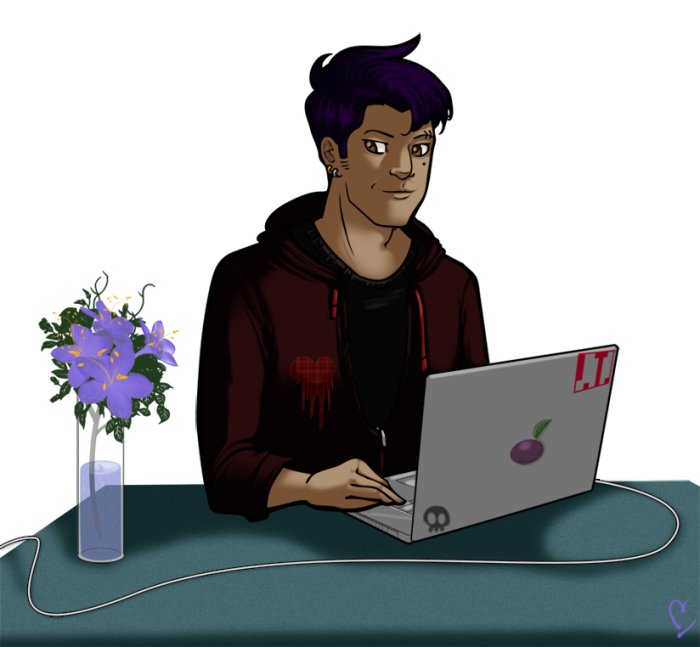 Happy Valentine’s Day – have a cute picture of Darkly 🙂

I decided not to be bitter. And then I came up with this idea. Men don’t usually receive flowers. Especially a man like Darkly. He’s very… techy. Biologic things like most of the crap that happens on Valentine’s Day is beyond him. Or at least it used to be before he started dating Sonya. She promptly melted his emo heart by giving him gross amounts of affection including but not limited to flowers. These in particular are lignum vitae – the national flower of Jamaica.