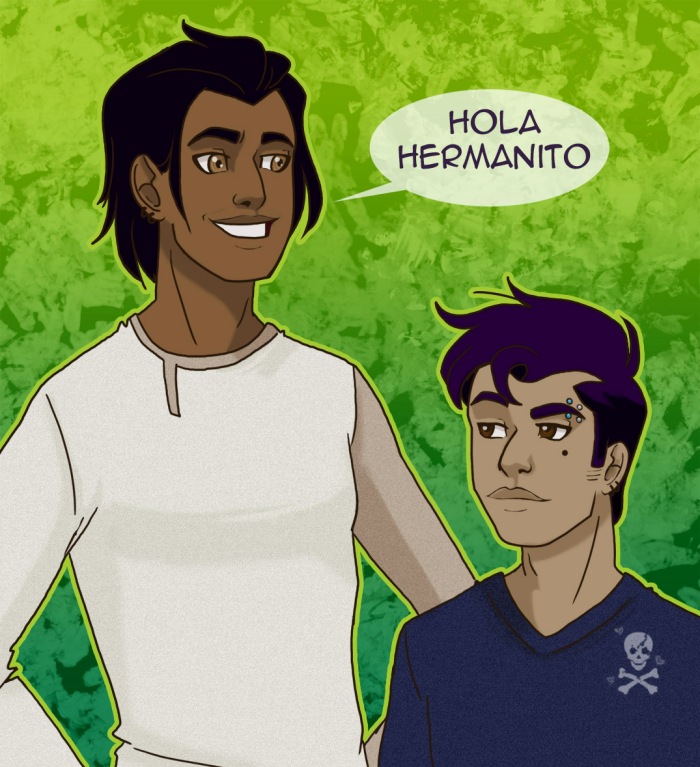 Oh Marco. Gorgeous Marco. So yeah following a theme in IT that everyone has awesome (older) brothers. Marco adores his baby brother – he taught Darkly everything he knows. He never minded when Darkly wanted to tag along with him and they go surfing together all the time. Marco isn’t without his faults – for one thing theres his flirting with Sonya or just any woman he comes across. And as seen in issue #5 he is rather rough and tumble with the diminutive Darkly. Plus he’s one of those guys that knows he’s fine af so he’s a bit egotistical. Like Darkly, Marco’s power is intelligence but his specialty is engineering – if you can think of something Marco can figure out how to build it and have it perform 10 different functions (Rita is mathematics and Vivian is science). I wanted to revamp him a bit – so far he’s only appeared in issue #5 – I wanted him to be darker like their mom but still favor Carlos in the looks department. His nose isn’t quite as bumped out as Darkly but they have the same widows peak, eyebrows and smile.

Can you tell that I get along with my older brother – it comes across in my characters doesn’t it? He’s a great guy and yes he’s freakin tall as hell. I’m about 5’8 and he towers over me at 6’2. I often find myself looking at his goofy ass just like Darkly is looking at Marco. Like how can you be so smart and be a giant doofus at the same time?

The full line of the title is from a Prince song called ‘Lady Cab Driver’ and it goes “This is for me not being born like my brother – handsome and tall.”