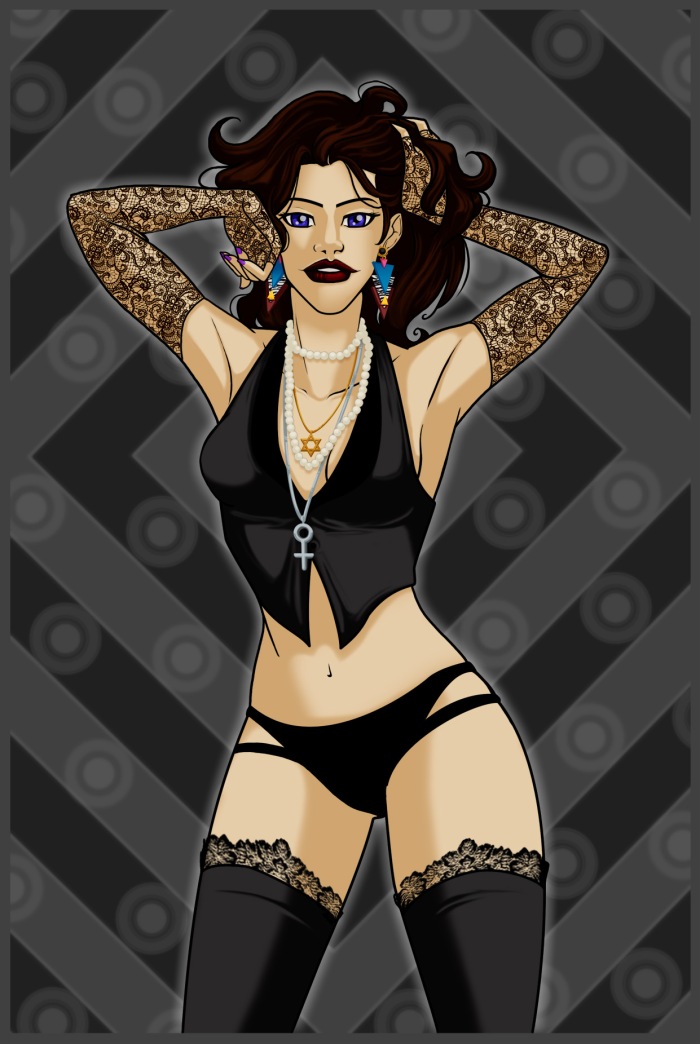 “Wash over me like an ocean… controlling my every motion”

Yeah this is what happens when you listen to Prince for nearly five months. Your characters start to act out his music and there’s no avoiding it. The song Pheromone just screamed “Lily and Emil doing semi-kinky shit”. Given Emil’s powers – he can literally concentrate his senses to a near molecular level. Lily’s scent is rather distinctive to him. Take away his sight and he’d still be able to find her in the dark. Or… across a tri-state area.

Why the handcuffs? They match her bra, duh! These two don’t get together for a while yet in the comic but when they do I imagine they feel comfortable enough to experiment. His blindfold was going to be lace at first but it refused to look right. I wanted her to be smiling more but she just looks so cool like this. 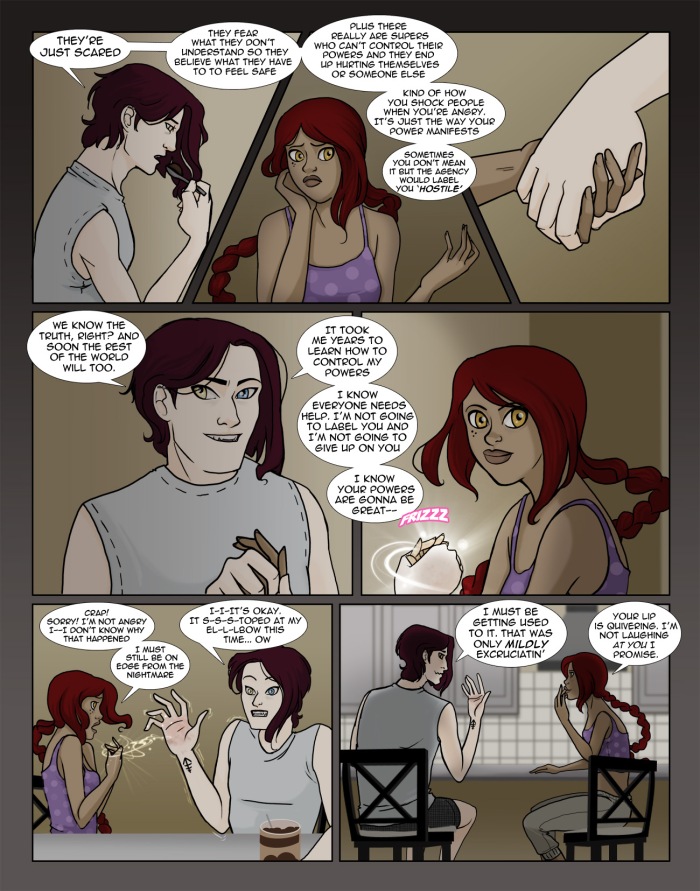 Surprise Preview of Issue #3 remaster! Yes, I decided to post the whole page instead of just a segment because this WHOLE PAGE had to be done over and it came out fantastic. The wip of this got so many faves that I wanted to show everyone how it turned out. Le sigh – it’s never going to be that easy for these two. But they’ll get there… eventually 🙂

Was going back through to see if how far I got on the Issue #2 remaster and found this quite funny. Hunter is super serious about his bagels. Illegal Tender Issue #2 will be available summer 2016