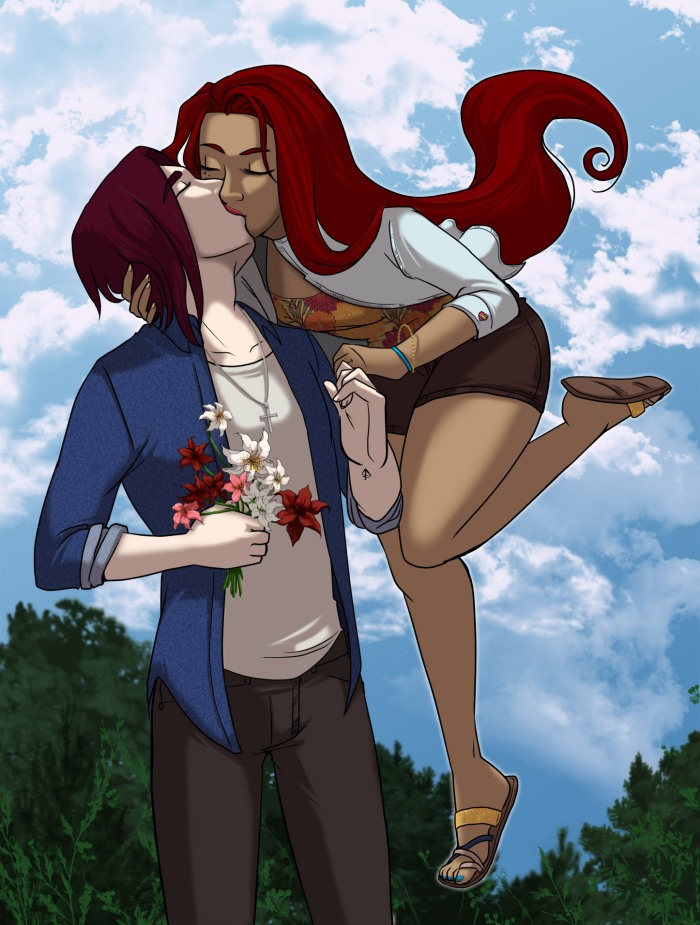 Emil knew she was close by. Not just because he could smell her sweet scent but because he could feel her. Ever since that day three years ago their convergence hadn’t faded and he could feel Kiddo in his head. His heart beat faster. Even though he was outside her presence filled the area. That amazing power of hers arriving two minutes before she did. He wasn’t sure what made him look up but when he craned his head back her soft lips were suddenly on his. She descended from the bright white clouds like an angel. Floating just over his shoulder. It was nice to know that she was always somewhere here on Earth.

These two are too stinking cute for their own good. I sketched this out while I was at my temp job last week and I’m just now finishing it. One of those pics where I was more excited about the sketch – the finished product is just kind of… meh. But I still like it – love these two cuties. How can you not? Especially when Emil brings flowers… lilies for his Lily. What a goof  🙂

Somewhere here on Earth is a Prince song
Kiddo and Emil have their own comic over here!