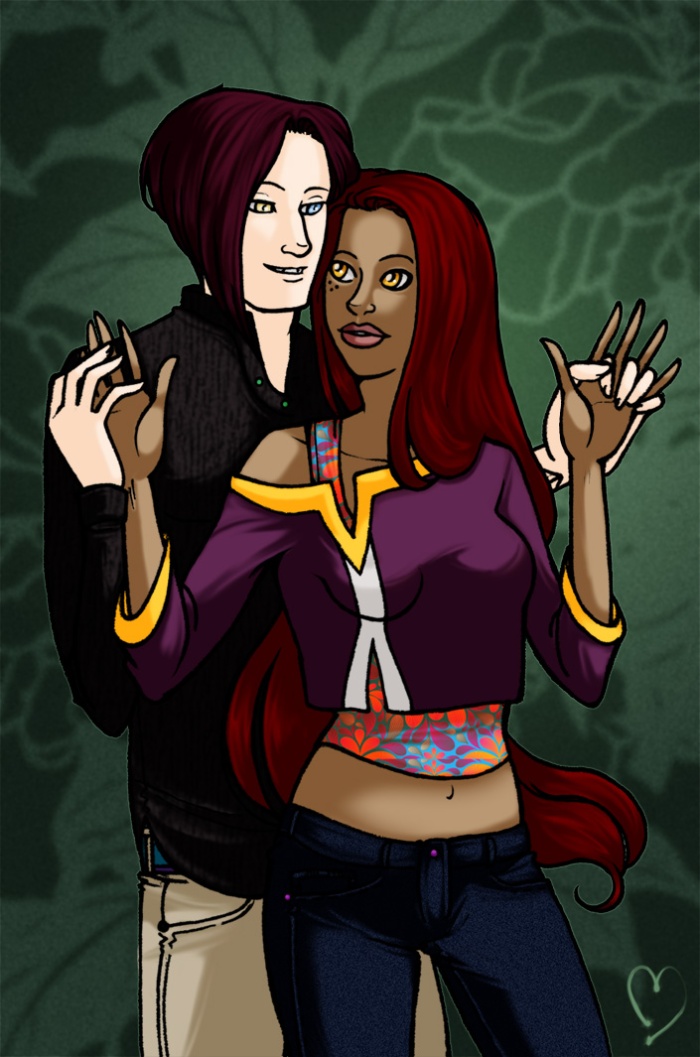 Every whisper, every sigh – beats away at this heart of mine
—-
It’s been… eight months since I’ve drawn these two together!! What have I been doing without a weekly dose of Emil and Kiddo lovin’? Oh, I’ve been making the comic and dealing with my sister. Well when I got back from the hospital after Jace’s birth I drew like six different pictures and one of them was Emil and Kiddo being cute and wearing awesome clothes.

The song Sweet Nothing is so very them even if I’m interpreting the words wrong. Not that it’s taking the place of their real song We’re in Heaven or Promises 🙂

I.T. on Tumblr: htt://illegaltendercomic.tumblr.com
Emil and Kiddo belong to me