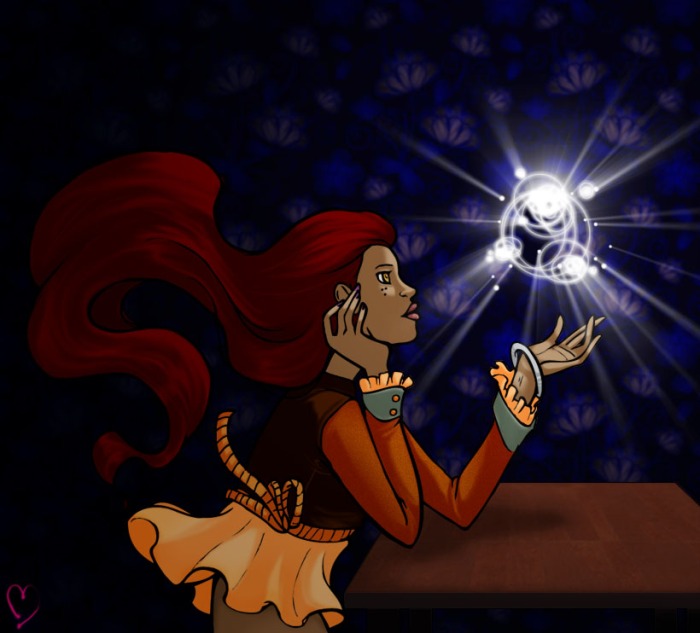 Unfortunately the life of a pure energy being can get lonely. She’ll out live all of her friends and family and no one quite understands the burden of her power. So she often finds herself alone, practicing how to control it. I think it would be a rather lonely existence. Think she could use some company? Maybe in the form of a southern boy with raspberry hair? Maybe in the next picture 🙂